Fine Art Photography of Australian Freelance Photographer Blair Stuart.... We are pleased to announce a Defence Discount..... Stuart Media Services has joined forces with Australian Partners of Defence (APOD) to offer all current and former ADF personnel and their direct family members an Exclusive discount when purchasing from our on-line store. For instant access to this exclusive veteran discount, simply login or register at www.APOD.com.au and verify your Defence connection with APOD. Saving has never been easier! 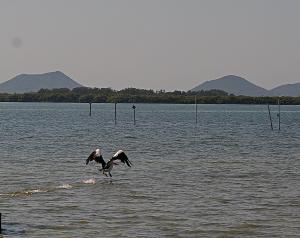 My friends,
please forgive my extended absence and lack of comments, replies and reponses on your work these past 12 weeks or so. I am undergoing a number of health issues. A number of which leave me somewhat depleted and certainly not either creative or motivated. That in turn impacts on my time on my Laptop and replying to your commemts and feedback. I thank those of you who continue to support my work,by taking the time to visit, comment and vote and promise I will endeavour to get to you as soon as possible.

Written for a friend and fellow Biker, OutbackAussie, who lost the battle with cancer last year

He stood there, eyes closed.
The only sound to be heard was of him breathing deeply of her fragrance, a fragrance which still lingered in the air.

As his breathing quietened he slowly opened his eyes and cast his gaze upon her. Her classic beauty never ceased to stir the fire in his blood, and he felt the familiar urges course through his veins as he yet again admired her graceful lines; the voluptuous body that he knew so intimately.

Even though they had mellowed together over the years, his need for her was as strong now as it had been in the beginning.
With the memory of her scent still teasingly lingering in the corners of his mind he reached out to touch, for the very last time, her now cold form.

Closing his eyes, he gently moved his hands, running them over her rounded smoothness, revelling in the feelings as his fingers traced the graceful lines of her form.
His breathing slowed as he rested his hands on the fullness of her curves, before allowing them to descend to the hollows where he would again pause allowing time for the memory of his touch to be forever set, deep within the recesses of his mind.

These memories he would take with him, for he would never again possess her...

Was just a moment in time, even as it seemed to him an eternity, as he gently caressed her, allowing the smoothness of her body to flow beneath his fingers, a body that he had loved so well.

He heard again the whisperings, the soft voices calling him, encouraging him to leave her. Slowly he withdrew his hands from her, satisfied her every curve, her very essence was etched forever into his memory.

With a sad smile brushing across his lips, he straightened before reluctantly turning away from her side, striding forward with a steady gait towards the ever beckoning light.

The time had come to take the walk.

As the light beckoned him, he heard again the voices as they whispered his name, calling him on. Voices so familiar and loving, friends, family, loved ones, who had taken this journey, who had gone before…

Yet he was not ready to let her go.

Trembling, he stopped, hesitating before turning to take one last look at her, sighing as his eyes rested on her familiar form, taking in her sculptured lines, remembering how with the simple turn of his fingers she would come to life.

He called out her name, beseeching her to acknowledge his love, yet knowing full well that she could not reply.

There was no going back. He must walk forward.

With a heavy heart he turned away, hearing once again the voices calling him, ever forward towards the light

He could delay no longer. This was his journey. He must walk forward

He knew all too well that she would never understand how he could have left her.

Why his love had deserted her.

Why She was alone and cold.

She was destined to wait forever more, longing for his return.